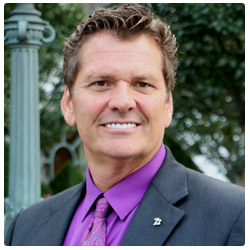 Jason Boreyko is a second generation network marketer, who at the tender age of 5, was packing Amway boxes for his father, a distributor for that company at the time. Jason started his own networking career at 18. After a few failures and some false starts, he reached the top five income earners of a $200 million dollar company by the age of 26.

He was the CEO & Co-Founder of one of the fastest growing networking companies in history. Under his leadership that company created one of the most legendary marketing systems in the industry and grew to a $100 million company in just thirteen months! Jason continued to lead that company to over $1 billion in combined sales in just seven years with more than 1.4 million distributors and offices in Japan, Canada, Australia and the United States. Still, his proudest professional accomplishment is that he was able to create 40 millionaires, and generate over $350 million in commissions for its members.

Experienced in both the corporate side of the business, as both Owner and CEO of his own networking company and also as a top Distributor for other companies, Jason surely knows the secret to becoming successful in network marketing.