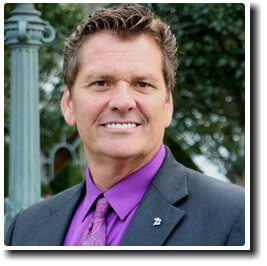 An Invitation to work with Jason Boreyko personally

Jason Boreyko is a second-generation network marketer, who at the tender age of 5, was packing Amway boxes for his father, a distributor for that company at the time. Jason started his own networking career at 18. After a few failures and some false starts, he reached the top five income earners of a $200 million-dollar company by the age of 26.

He was the CEO & Co-Founder of one of the fastest-growing networking companies in history. Under his leadership, that company created one of the most legendary marketing systems in the industry and grew to a $100 million company in just thirteen months! Jason continued to lead that company to over $1 billion in combined sales in just seven years with more than 1.4 million distributors and offices in Japan, Canada, Australia, and the United States. Still, his proudest professional accomplishment is that he was able to create 40 millionaires and generate over $350 million in commissions for its members.

Experienced in both the corporate side of the business, as both Owner and CEO of his own networking company and also as a top Distributor for other companies, Jason surely knows the secret to becoming successful in network marketing.

First, Retail Customers. You can earn a 20% profit, which is the difference between your Independent Brand Ambassador wholesale price, and the one-time order retail price.

Sixth, Matching Dual Team Commissions. As you advance in rank, you have the ability to earn a matching bonus on Dual Team commissions, earned by anyone you personally enroll into Globallee, paid down three levels of your personal organization.

Eighth, Infinity Bonuses. As an Independent Brand Ambassador advances to different ranks, Infinity Bonuses, ranging from 2 to 5%, can be earned through all levels of your organization, down to the next IBA of that same rank.

The Globallee Compensation Plan is presented below with a brief description of each form of compensation. A glossary has been included at the end to provide definitions of the various terms used in this Compensation Plan.

There are 8 different ways you can earn money with Globallee.

*Note – the 20% retail commission is not paid on Preferred Customer sales.

Fast Start Commissions are paid on initial product orders from newly enrolled Independent Brand Ambassadors. This includes a purchase of a “Builder Pack” or any combination of commissionable products purchased at the time of enrollment.

You can earn from 5% to 20% commissions on initial orders based on your rank. 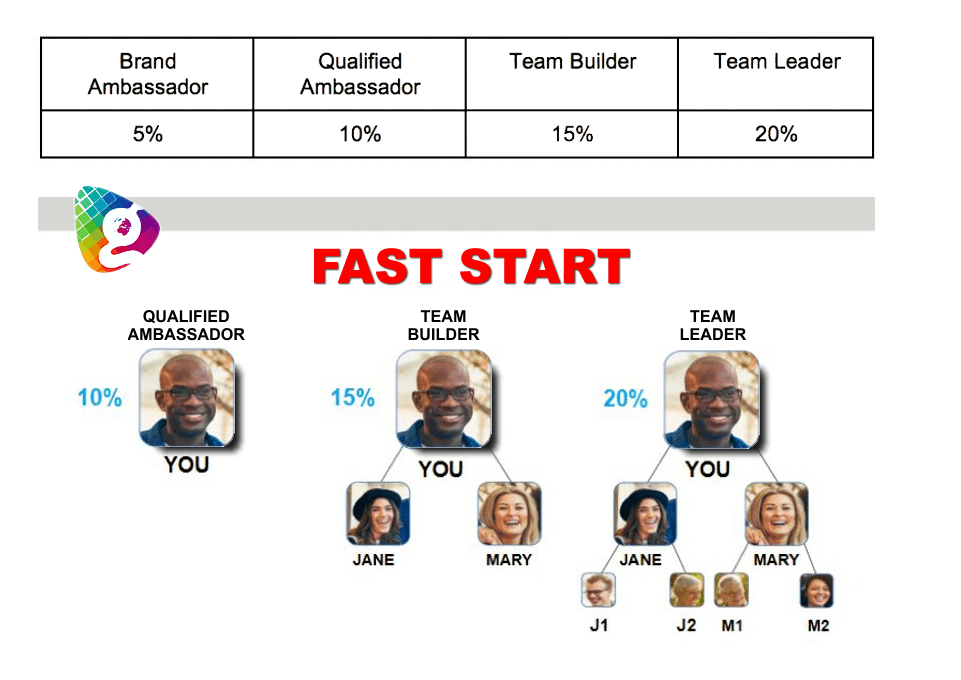 When you become a Qualified Ambassador, you activate a business tracking center in the Dual Team Commissions plan. As you build your network of Brand Ambassadors, they are placed into your Dual Team Tree on either your right team or left team. You also have the option to place your newly enrolled Ambassadors in your organization according to the placement guidelines (see glossary/guidelines). 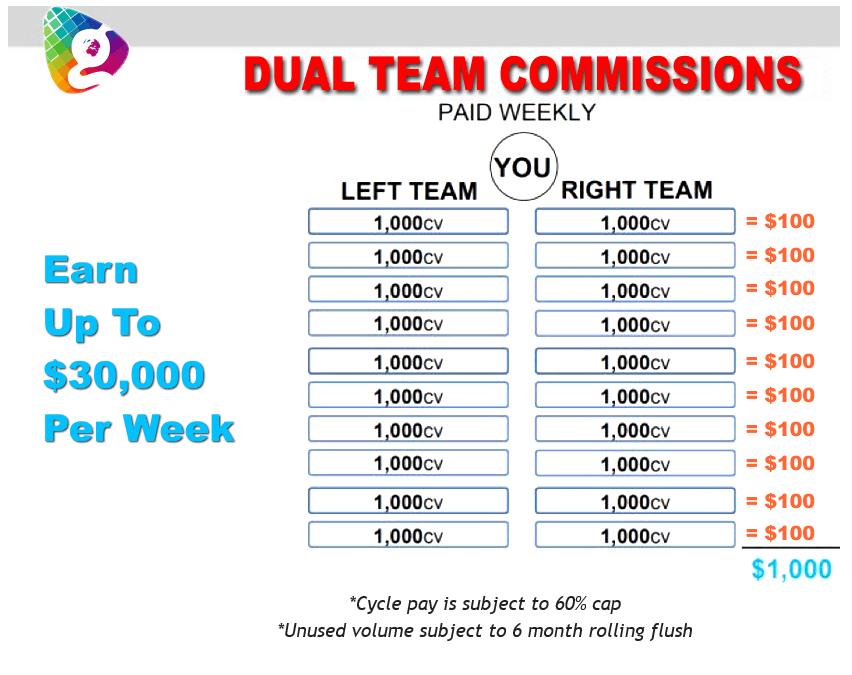 Every time you cycle 10 times, you will earn an additional “Accelerator Bonus”. 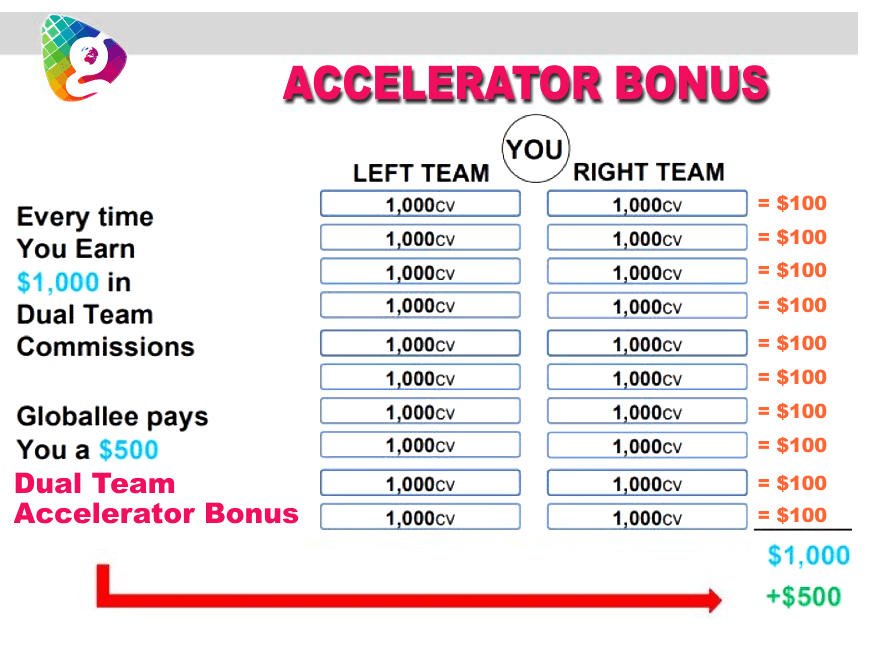 As you advance in rank, you have the ability to earn a matching bonus on Dual Team Commissions earned by anyone you personally enrolled into Globallee, as well as anyone they personally enroll, up to 3 levels deep.

Based on your rank, you can earn up to the following amounts: 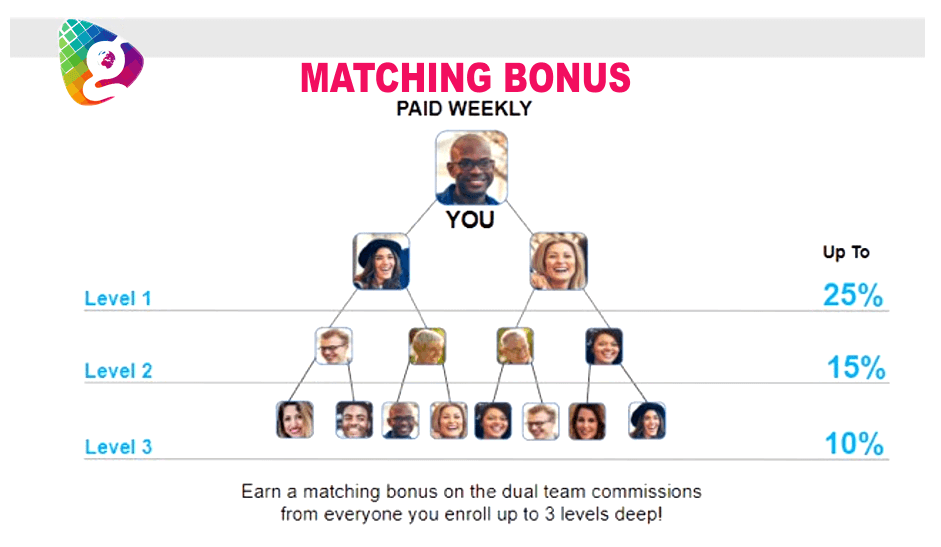 As you enroll new Ambassadors into your organization, you can earn a commission on all their future orders and the future orders of anyone they refer up to 6 generations deep. Anyone you personally refer would be on your first level, anyone they refer would be on your second level, and so on. You can earn a commission of 5% to 10% on your first 6 generations of Ambassadors based on your rank. See diagram below. 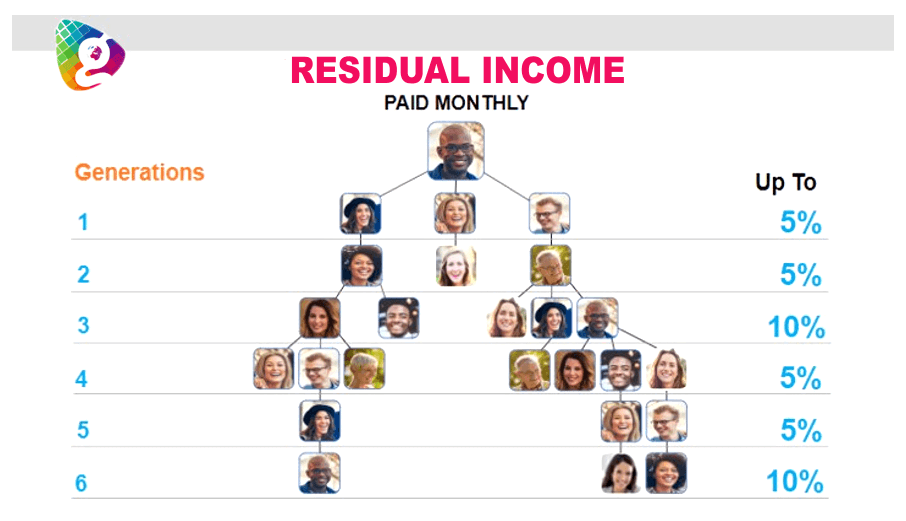 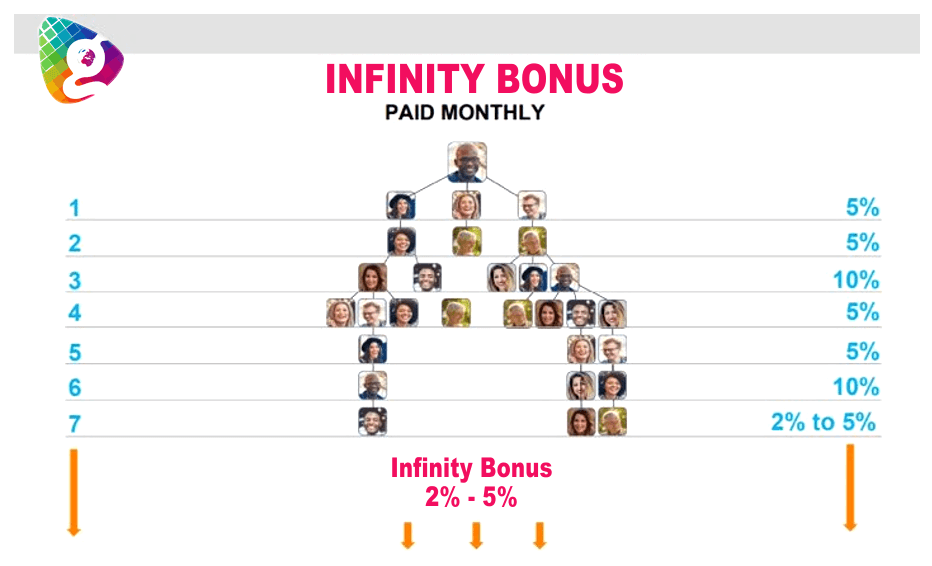 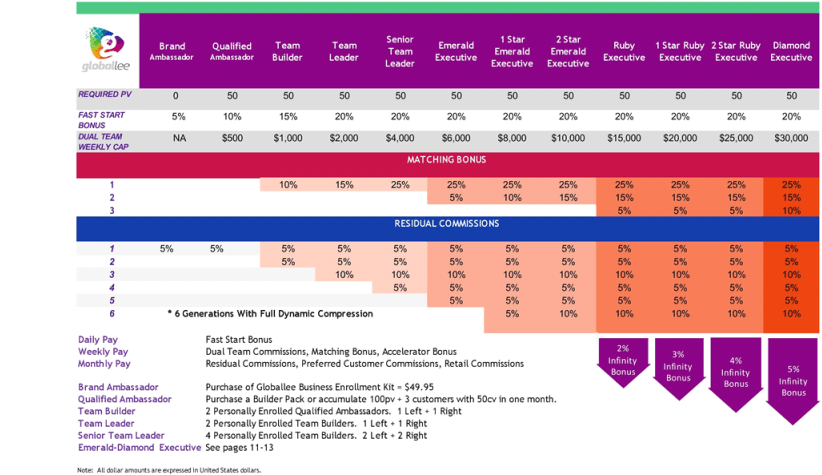 Have Questions? We have Answers!

Click one of the buttons at right and we’ll get back to you remarkably quickly!

Take a Tour of the Business
I have a question!
Become an Ambassador!